Home
Others
Boof Meaning: How to Use the Slang Term ‘Boof’ Correctly?

What does Boof mean? Learn the definition of this internet slang term with conversation examples and ESL infographic to enlarge your vocabulary words in English.

What Does Boof Mean?

The original meaning of this term was an onomatopoeia from the world of kayaking. It was the name given to the act of being caught under something like a waterfall while kayaking and popping out on the other side. It was named this because the term sounds like the sound the kayak would make when it came out. This term can also mean to ingest alcohol or drugs via the rectum to get high or drunk faster.

A text exchange between two friends.

There are several synonyms that you can use to replace this term in conversation. Some of the other terms that you could use include: 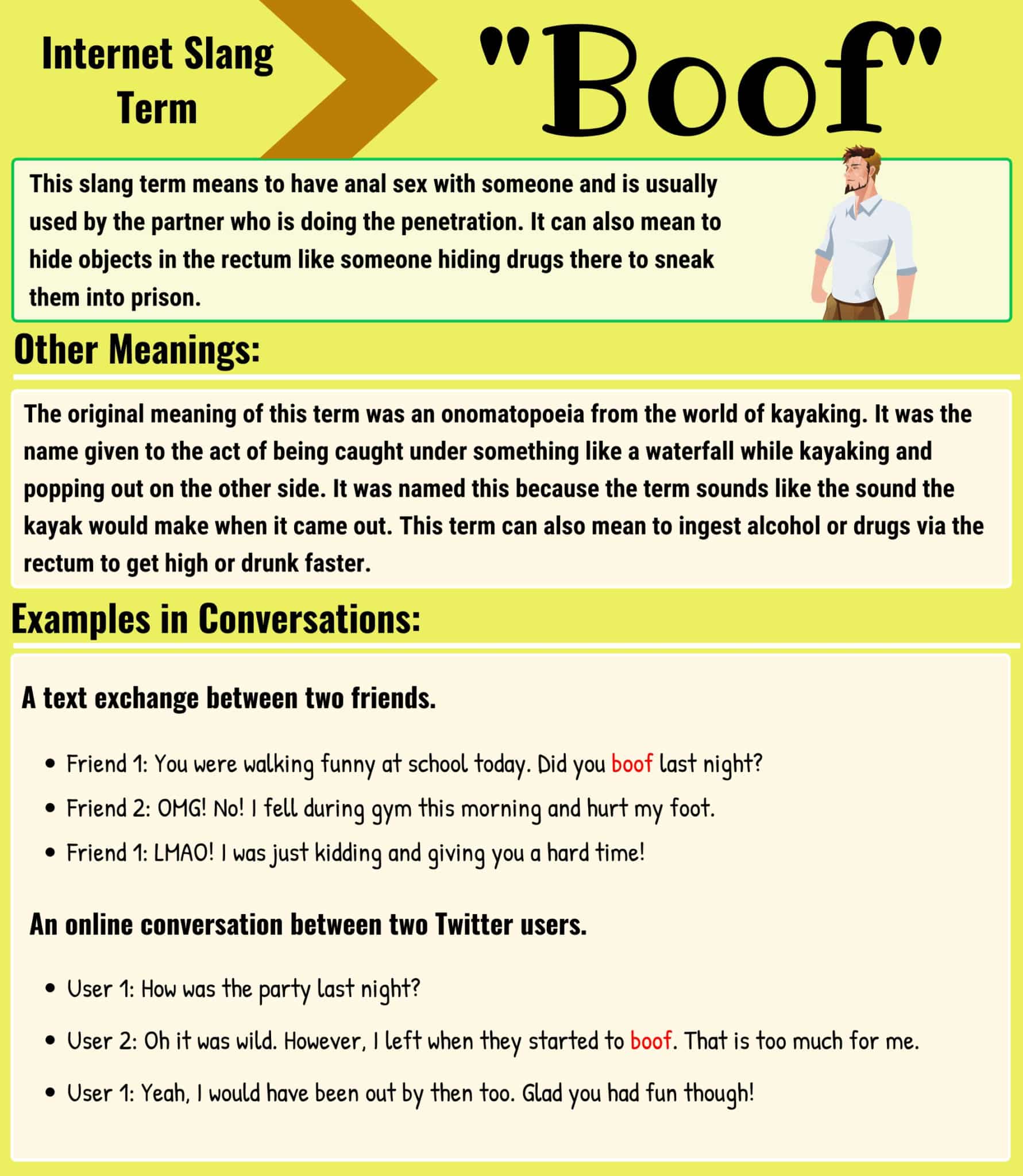 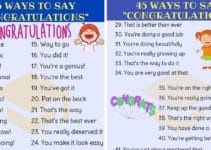 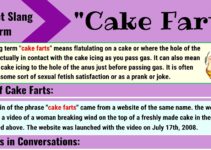