Home
Editor Picks
What Is a Compound Adjective? Definition, List and Helpful Examples

Compound adjectives are adjectives that are made up of two or more words usually with hyphens (-) between them.

Compound adjectives can be formed as follows:

I can’t stand narrow-minded people who are intolerant of new ideas.

We had lunch in an old-fashioned restaurant.

He was dancing with a short-haired woman.

She’s a strong-willed woman who won’t stop until she gets what she wants.

The quick-witted detective solved the crime before anyone else had a clue.

A kind-hearted stranger helped us find the train station.

They have three well-behaved children.

A lot of well-educated people are still having trouble finding jobs.

This densely-populated area has the highest crime rates in the country.

She’s a widely-recognized expert in technology.

Our speaker tonight is a highly-respected scholar.

We live on a brightly-lit street in the city center.

We strolled along the sun-baked streets of Naples.

I wanted to buy my daughter the most child-wanted toy.

A lot of middle-aged men are dissatisfied with their lives.

The United Kingdom is an English-speaking country.

These time-saving techniques will help you work more efficiently.

The athlete’s record-breaking performance won him the gold medal.

There was a variety of mouth-watering desserts at the wedding reception.

It was a thought-provoking novel.

Who’s that good-looking guy over there?

This long-lasting makeup will keep you looking lovely day and night.

I was stuck in slow-moving traffic for over an hour.

The new law will have far-reaching effects in the economy.

Learning a language seems to be a never-ending process.

Some forward-thinking politicians are proposing reforms to the educational system.

We had dinner at a world-famous Italian restaurant.

There’s nothing better than drinking an ice-cold lemonade on a hot summer day.

This is a smoke-free restaurant.

The director produced his first full-length movie in 1998.

It was a last-minute decision.

We have 20 part-time members of staff . 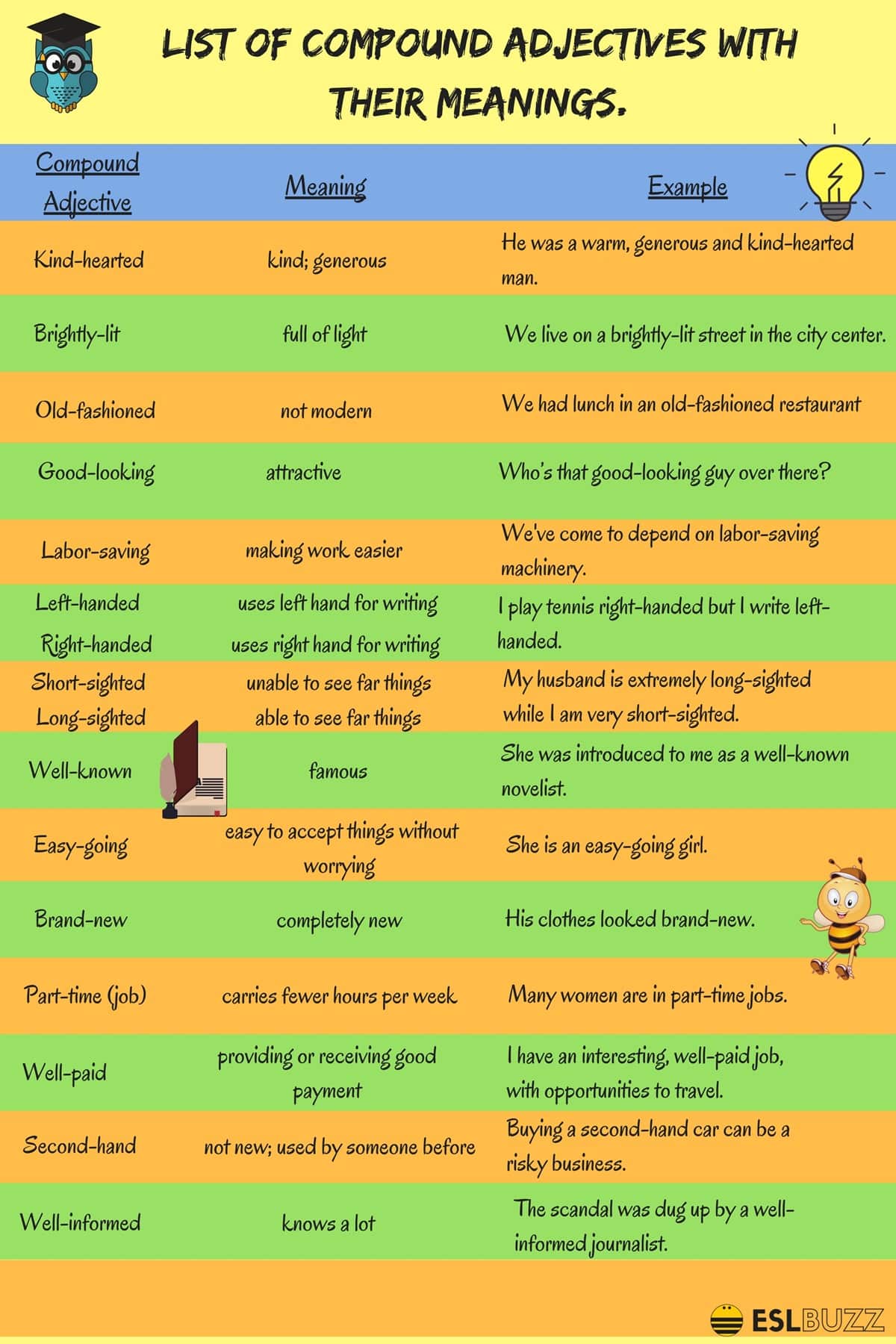 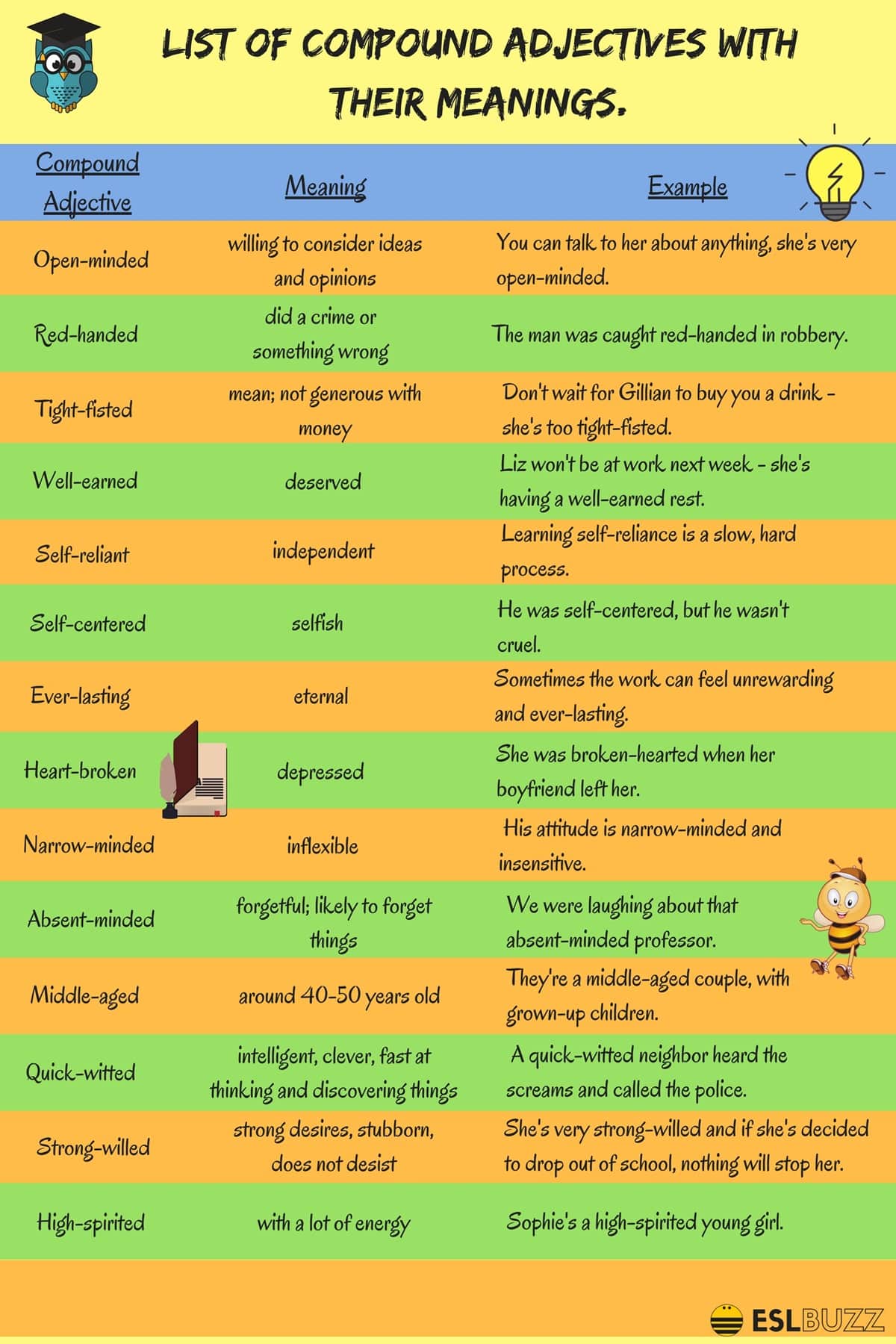 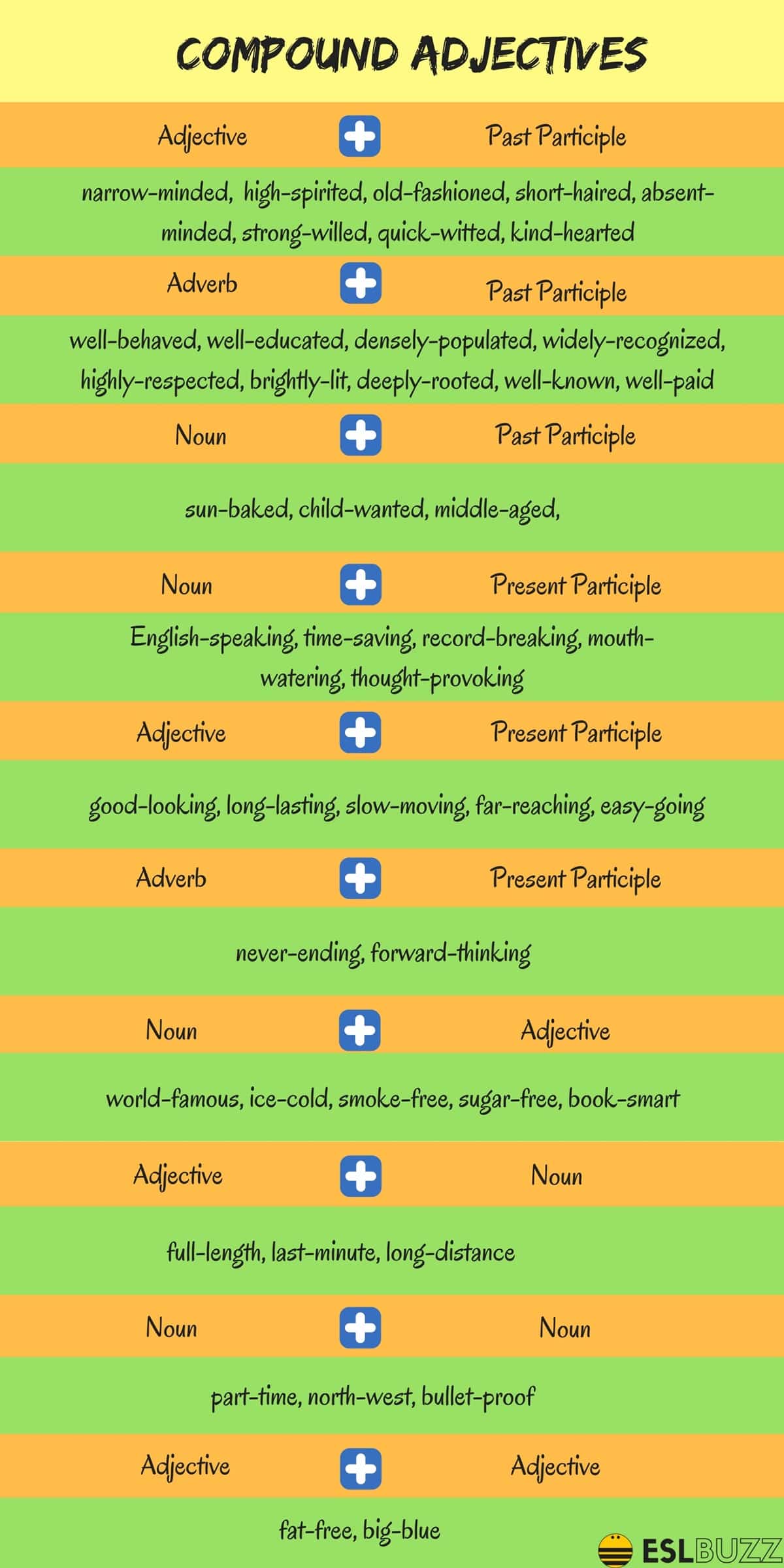