How to use passive voice with different tenses?

The passive voice is a grammatical construction. The noun or a noun phrase that would be the object of an active sentence (such as Our troops defeated the enemy) appears as the subject of a sentence with passive voice (e.g. The enemy was defeated by our troops).

“… that all men are created equal…”

“We have been cruelly deceived.”

“The captain was struck by a missile.”

“I got kicked in the face during the fight.”

How to Use the Passive Voice with Different Tenses

We can use passive voice with most tenses. 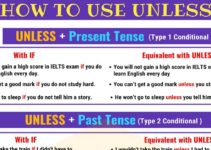