10:08 But of course, life is more than just exotic chemistry. How do you stabilize those huge molecules that seem to be viable? Well, it’s here that life introduces an entirely new trick. You don’t stabilize the individual; you stabilize the template, the thing that carries information, and you allow the template to copy itself. And DNA, of course, is the beautiful molecule that contains that information. You’ll be familiar with the double helix of DNA. Each rung contains information. So, DNA contains information about how to make living organisms. And DNA also copies itself. So, it copies itself and scatters the templates through the ocean. So the information spreads. Notice that information has become part of our story. The real beauty of DNA though is in its imperfections. As it copies itself, once in every billion rungs, there tends to be an error. And what that means is that DNA is, in effect, learning. It’s accumulating new ways of making living organisms because some of those errors work. So DNA’s learning and it’s building greater diversity and greater complexity. And we can see this happening over the last four billion years.

11:26 For most of that time of life on Earth, living organisms have been relatively simple — single cells. But they had great diversity, and, inside, great complexity. Then from about 600 to 800 million years ago, multi-celled organisms appear. You get fungi, you get fish, you get plants, you get amphibia, you get reptiles, and then, of course, you get the dinosaurs. And occasionally, there are disasters. Sixty-five million years ago, an asteroid landed on Earth near the Yucatan Peninsula, creating conditions equivalent to those of a nuclear war, and the dinosaurs were wiped out. Terrible news for the dinosaurs, but great news for our mammalian ancestors, who flourished in the niches left empty by the dinosaurs. And we human beings are part of that creative evolutionary pulse that began 65 million years ago with the landing of an asteroid.

12:29 Humans appeared about 200,000 years ago. And I believe we count as a threshold in this great story. Let me explain why. We’ve seen that DNA learns in a sense, it accumulates information. But it is so slow.DNA accumulates information through random errors, some of which just happen to work. But DNA had actually generated a faster way of learning: it had produced organisms with brains, and those organisms can learn in real-time. They accumulate information, they learn. The sad thing is, when they die, the information dies with them. Now what makes humans different is human language. We are blessed with a language, a system of communication, so powerful and so precise that we can share what we’ve learned with such precision that it can accumulate in the collective memory. And that means it can outlast the individuals who learned that information, and it can accumulate from generation to generation. And that’s why, as a species, we’re so creative and so powerful, and that’s why we have a history. We seem to be the only species in four billion years to have this gift.

13:43 I call this ability collective learning. It’s what makes us different. We can see it at work in the earliest stages of human history. We evolved as a species in the savanna lands of Africa, but then you see humans migrating into new environments, into desert lands, into jungles, into the Ice Age tundra of Siberia — tough, tough environment — into the Americas, into Australasia. Each migration involved learning — learning new ways of exploiting the environment, new ways of dealing with their surroundings.

14:15 Then 10,000 years ago, exploiting a sudden change in global climate with the end of the last ice age, humans learned to farm. Farming was an energy bonanza. And exploiting that energy, human populations multiplied. Human societies got larger, denser, more interconnected. And then from about 500 years ago, humans began to link up globally through shipping, through trains, through telegraph, through the Internet, until now we seem to form a single global brain of almost seven billion individuals. And that brain is learning at warp speed. And in the last 200 years, something else has happened. We’ve stumbled on another energy bonanza in fossil fuels. So fossil fuels and collective learning together explain the staggering complexity we see around us.

15:12 So — Here we are, back at the convention center. We’ve been on a journey, a return journey, of 13.7 billion years. I hope you agree this is a powerful story. And it’s a story in which humans play an astonishing and creative role. But it also contains warnings. Collective learning is a very, very powerful force, and it’s not clear that we humans are in charge of it. I remember very vividly as a child growing up in England, living through the Cuban Missile Crisis. For a few days, the entire biosphere seemed to be on the verge of destruction. And the same weapons are still here, and they are still armed. If we avoid that trap, others are waiting for us. We’re burning fossil fuels at such a rate that we seem to be undermining the Goldilocks conditions that made it possible for human civilizations to flourish over the last 10,000 years. So what big history can do is show us the nature of our complexity and fragility and the dangers that face us, but it can also show us our power with collective learning.

16:28 And now, finally — this is what I want. I want my grandson, Daniel, and his friends and his generation, throughout the world, to know the story of big history, and to know it so well that they understand both the challenges that face us and the opportunities that face us. And that’s why a group of us are building a free, online syllabus in big history for high-school students throughout the world. We believe that big history will be a vital intellectual tool for them, as Daniel and his generation face the huge challenges and also the huge opportunities ahead of them at this threshold moment in the history of our beautiful planet. 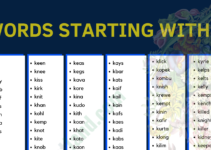