What does Trill mean? This article introduces the definition and usage of this internet slang term with ESL infographic and interesting conversation examples in English.

What Does Trill Mean?

‘Trill’ was first used in the 1990s in hip-hop songs to explain something that is authentic and/or genuine.

All the ways this online slang term gets used.

Here we have a conversation between friends who haven’t seen each other in a while and after being asked one explains he has been keeping it ‘trill’ another way of saying ‘keeping it real’.

While leaving a party a guy tells his friends to keep it ‘trill’ as a way of saying, ‘keep it real and have a nice night’.

Here you have a guy and girl watching another guy work on someone’s house just to be helpful. The guy working on the house is considered to be very kind and helpful making the two watching him have respect for his character and call him ‘trill’. 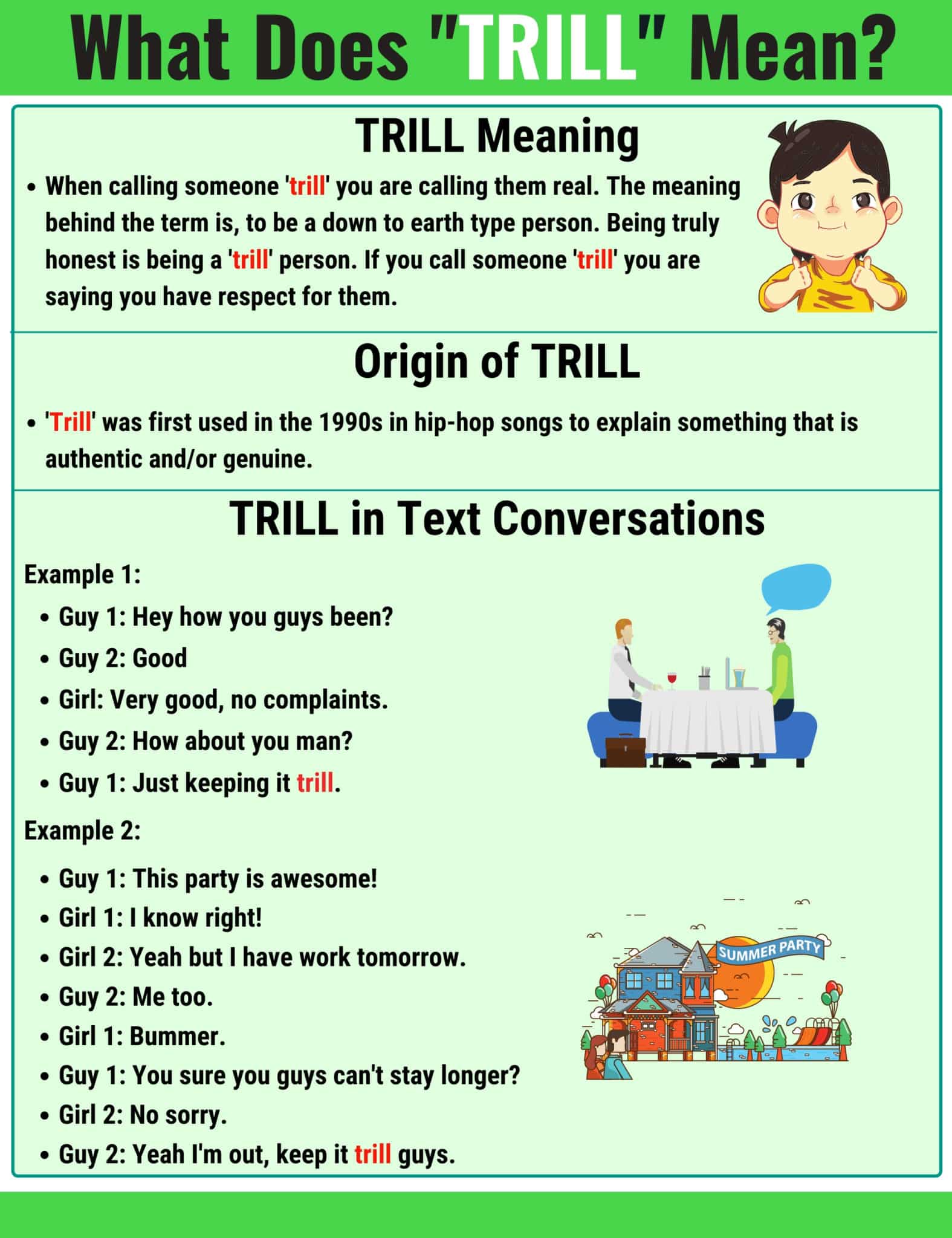