What does THOT mean? What does this text abbreviation stand for? Learn the definition and when to use this internet slang word with ESL infographic and useful conversation examples in English.

What Does THOT Mean?

This acronym stands for “That Hoe Over There”.

THOT is most regularly used as a derogatory acronym that stands for “That Hoe Over There”. When used in this context, it will often refer to a schoolgirl who distributes nudes or pornography of herself. The girl is typically active on her social media websites such as Snapchat and Instagram, uses filters, and will regularly post pictures of herself in sexualised outfits while singing or miming along to popular rap songs. More generally, the term can be used in the same context as the words “hoe” or “slut”. Within pop culture itself, the term has a particular association with music lyrics, specifically the lyrics in modern rap and trap music.

What is the term’s origin?

The writers of Complex Magazine believe the term THOT has its origins in the Chicago Drill music scene. They claim the first known documented use of the phrase was on March 12, 2012, by Chicago-based rapper, Katie Got Bandz, in her popular song, “Ridin’ Round and We Drillin’,” This is over one month earlier than its documented use by TKO – another Chicago-based rapper – who released the single, “I Need a THOT” on April 30, 2012.

Anecdotally, an individual by the name of Duan Gaines reports that he first heard the term on set while shooting a music video with the artist, Chief Keef. Gaines went on to claim that he was responsible for popularizing the term after using it on social media.

Who uses this term?

1) Schoolboys referring to girls who send nudes or pornography of themselves.

2) Schoolgirls referring to other girls who they think have gone too far in revealing themselves online.

3) Rappers who are referring to their like or dislike of a girl who publically sexualises herself either at a night club or online via media.

Example: “Spent all her cash ‘cus she thought she was hot, when she got to the club she realised she’s a THOT.”

According to the entries in Urban Dictionary, this internet slang term has several, less common, meanings. For example, it is less commonly used to describe someone who thinks they are hot when they are not. It is believed this meaning could be derived from the two words, ‘thought’ and ‘hot’.

Further, the term can be used when describing a woman who is under the impression that she deserves the attention of members of the opposite sex than she actually does. Once the man uncovers the “truth” about this girl, he may refer to her as a “THOT”. 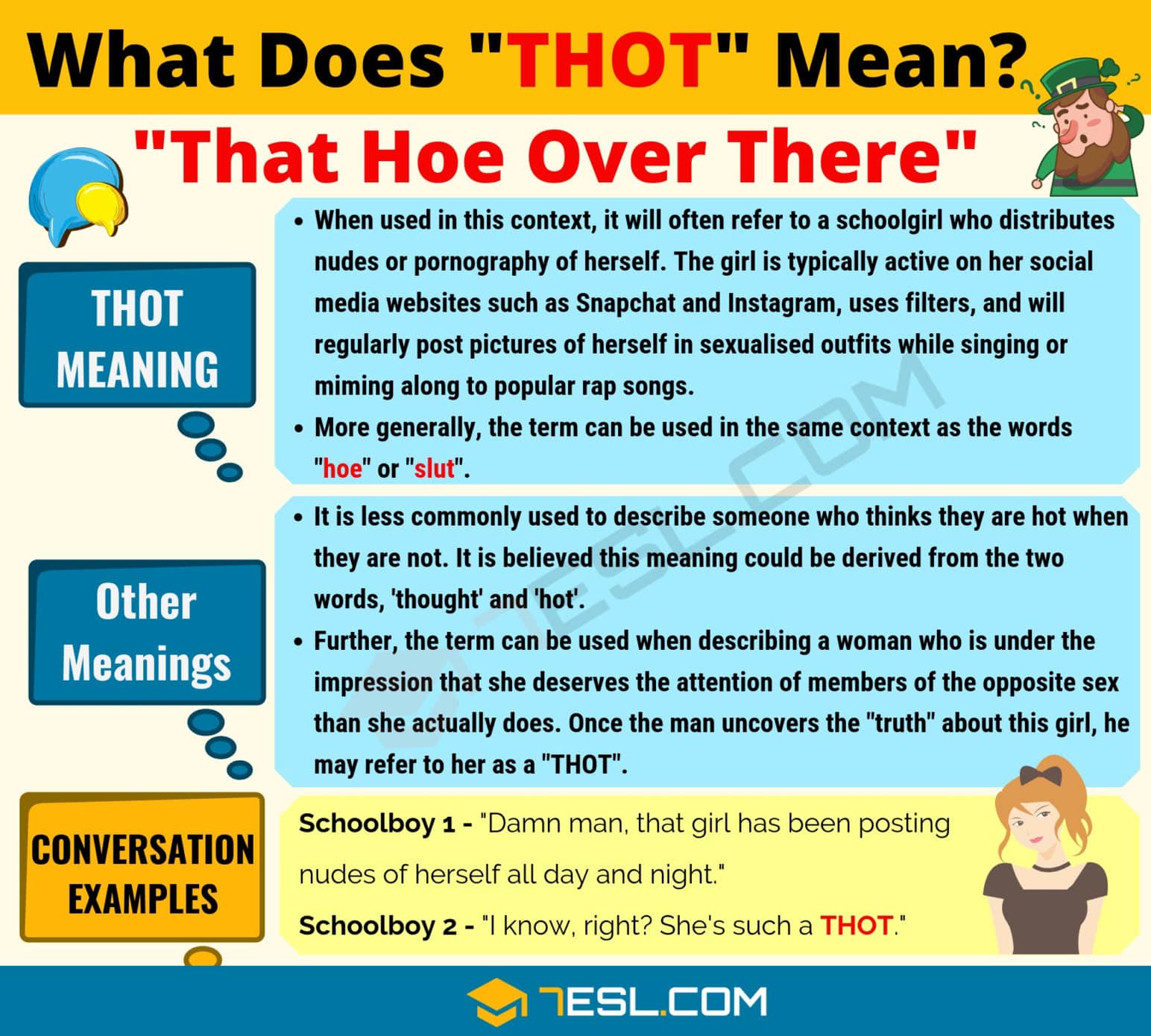 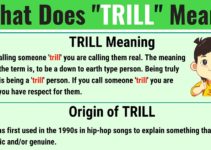