What does STFU mean? In this article, you will learn the definition, how and when to use this text abbreviation with useful conversation examples and ESL infographic in English.

What Does STFU Mean?

This phrase is definitely one that can cause a lot of drama in communication. Due to the profanity contained within this phrase, it should not be used in professional communication.

Although “STFU” is by far the most commonly used type of acronym for telling others to “shut up” or not to bother someone, there are a few other variations.

First, we have “STHU” which means “shut the hell up.” This one, even though it’s still considered rude, may be safer for work because “hell” is often viewed as not being as forceful as “fu**.”

Next is “STSU.” This version means “shut the sh** up.” Again, this version is a little weaker than “STFU” but it still should not be used in professional settings because it contains profanity.

It is commonly used in social media, texting, messaging, forums, and online gaming. It is used to tell someone to stop talking and is generally taken as a sign that someone doesn’t want to interact with another user anymore because they have become upset or no longer wish to engage with the other party.

Here are some examples:

Our first example of this texting abbreviation shows two gamers talking after a match. The first gamer states that Gamer 2’s skills are lacking and that he needs more practice. Gamer 2 tells Gamer 1 to “STFU” as a sign of displeasure with his assessment.

This second example shows this internet slang term being used in texting but concerning a problem that is off-line. Texter 1 is being bothered by loud noises. This situation most likely comes about in apartment buildings. She sends a text to her neighbor. By asking the neighbor to “STFU” in this context, she is asking for him to “keep the noise down.” The neighbor states that it wasn’t him making the noise and gives information about who it may be. By offering to get Barry to “STFU,” Texter 2 is offering to get Barry to make less noise.

Other Ways to Say STFU

Other ways to Say STFU with Examples

Give it a rest

Put a sock in it 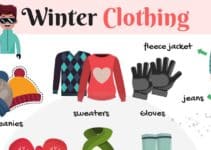 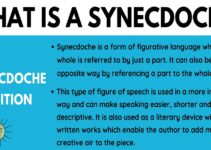