Snowflake meaning! If you have been anywhere on social media in recent years, then odds are that you have seen or heard the term “snowflake” used more than once. Although you may know that snowflakes are individual pieces if snow, in recent years this term has taken on a much different meaning.

Here you will find that meaning, some information regarding its origin, and other meanings of the slang term. You will also find some example sentences using the term in its slang form and some alternative words or phrases to use as synonyms for this word in slang form.

What Does Snowflake Mean?

The slang term “snowflake” is an adjective used to describe someone who protests themselves to others as being entitled, overly unique, highly emotional, easily offended, and unable to accept a difference of opinion. It is typically used as an insult.

Although people tend to think “snowflake” is a new insult, it has been used in history as an insult since at least the 1860s. During this time, people who opposed the abolition of slavery were referred to derogatorily as a “snowflake.” In the 1970s, the term “snowflake” was used to describe white people and black people who were perceived as acting more white than black. The most current meaning most likely comes from the 1990 novel Fight Club where a line in the book compares a character to not being unique like a snowflake and says they are just like everyone else

Other than the alternative meanings already explained in the introduction and the origin of this article, there are no other known meanings for the term “snowflake.” 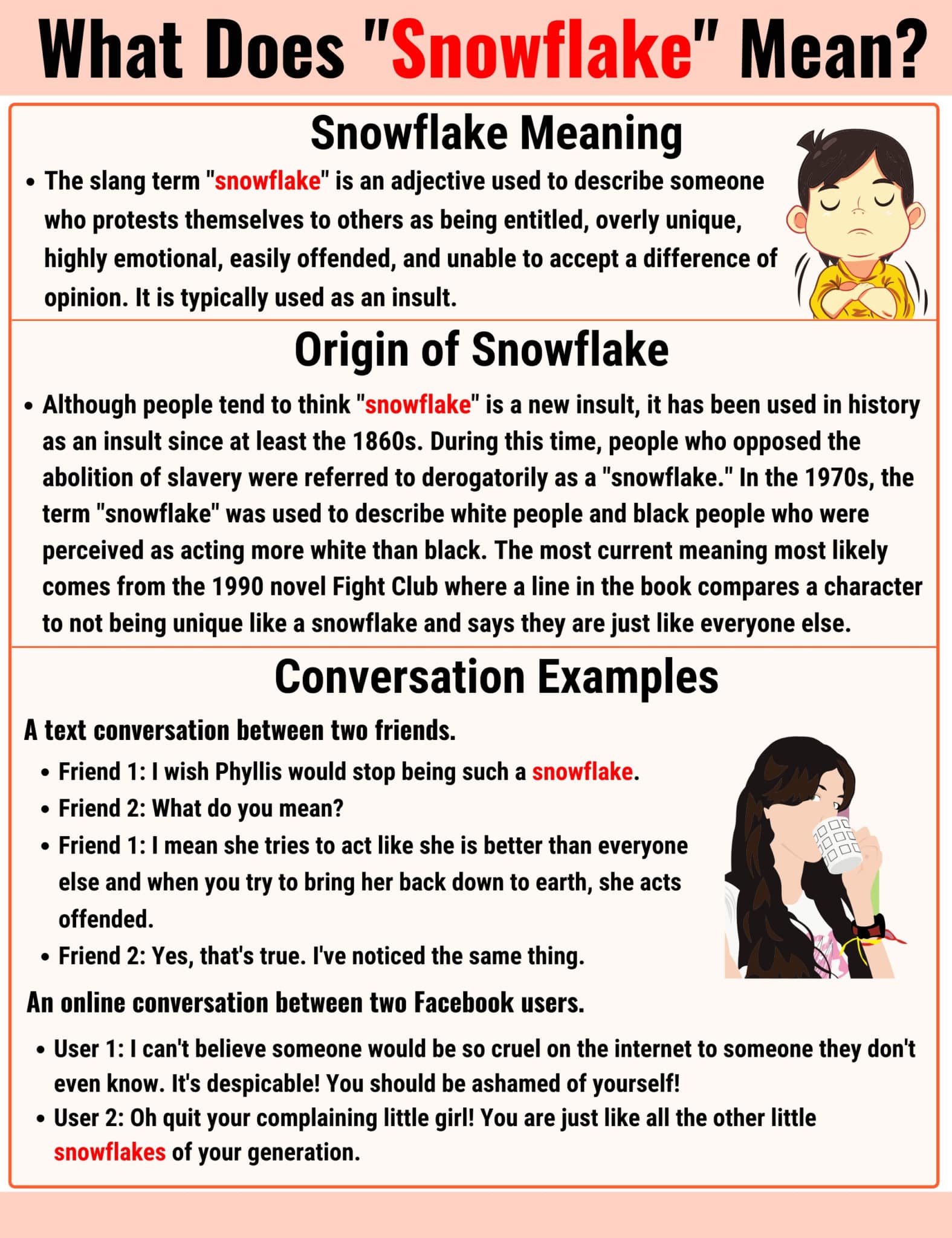 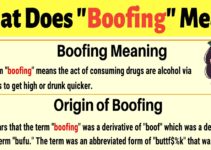