What does GILF mean? The following lesson provides the definition and the usage of this internet acronym with ESL infographic and useful texting conversations in English.

What Does GILF Mean?

The term “GILF” should be used with caution because some may find the term offensive. “GILF” means “grandmother I’d like to f***.” That means that if someone calls someone else a “GILF,” they are saying that person is an older female they would like to have sex with.

The term “GILF” is most likely to be used by men either discussing pornography, famous women, or the women they see in their everyday life. As mentioned before, this word should not be used in a professional setting because it is offensive and sexual in nature. Someone should not call someone else a “GILF” if they don’t know them. Some may take it as a compliment while others could see it as sexual harassment.

Let’s take a look at how people use “GILF” in texting and online conversations:

In this texting conversation, we see two co-workers talking with each other. Co-worker 2 is working at the front gate of the facility. Co-worker 1 checks in with him to see how it’s going. Co-worker 2 is quite happy because it’s senior’s day and he can see a lot of older, attractive women which he refers to as “GILFs.” While he is using this term at work, it is a private conversation between two people. If he were to say it out loud so others can hear, it would probably create a problem.

This last example shows two people engaged in a conversation on an online dating platform. User 1 starts off by complimenting User 2’s profile pictures. Later, he calls her a “GILF.” While User 1 meant this as a good thing, User 2 took offense to the word because it implies she is older. 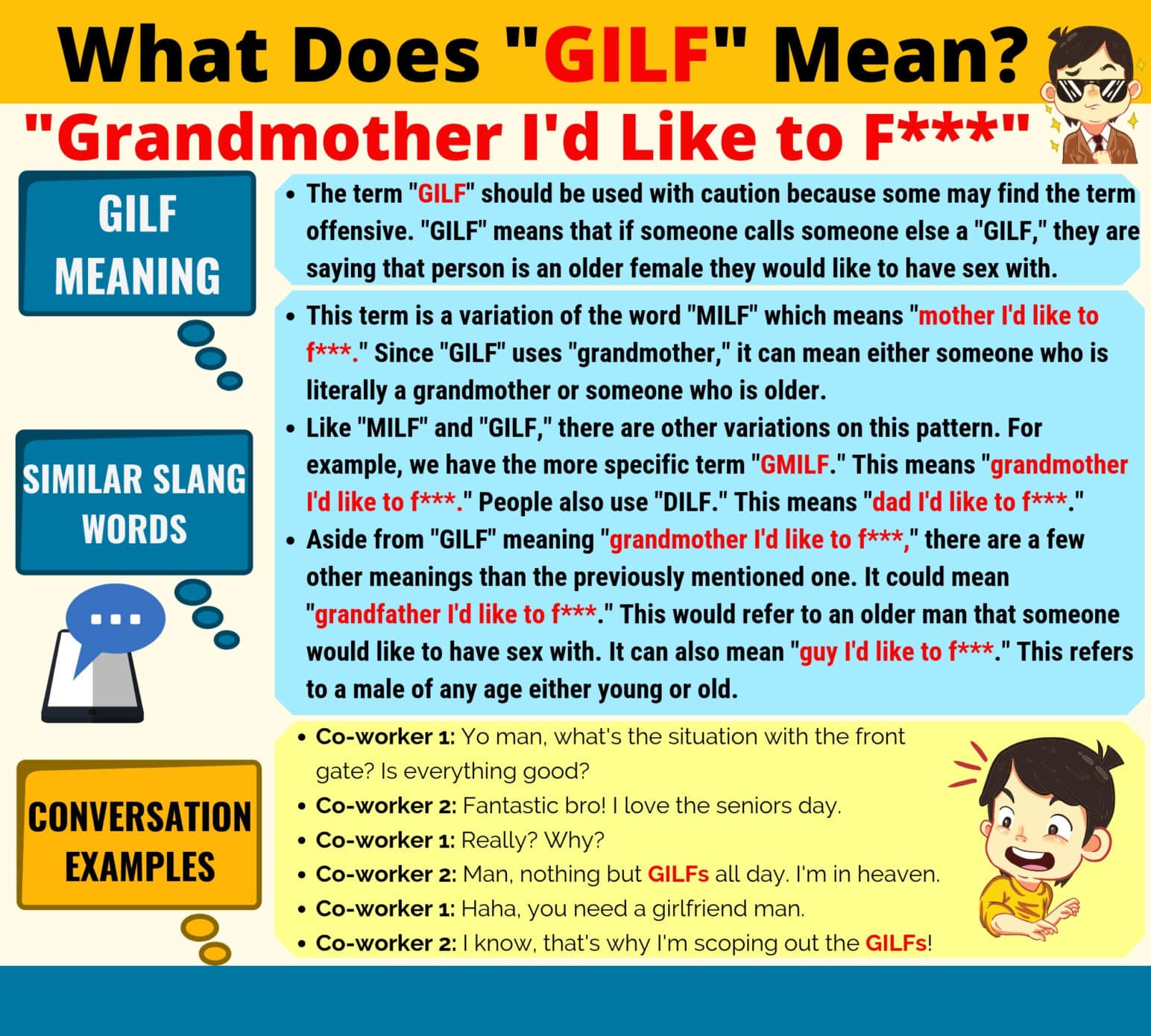