Home
Vocabulary
FU Meaning: What Does FU Mean and Stand for?

What does FU mean? What does this internet slang term stand for? The following lesson will explain how and when to use this text abbreviation with useful conversation examples and ESL picture.

What Does FU Mean?

One of the most commonly and frequently texted abbreviations stands for ‘F**k You’. However, you will find many who speak the letters ‘fu’ instead of actually cussing, especially if in the presence of children. The phrase ‘fu’ is known for being the sailor language.

When one curses too much-using words like f**k it is known to be speaking like a sailor because they had the foulest mouths back in the early 1900s. Trying to prevent using the curse word women created the shortened version ‘fu’ to continue to speak and act like a lady without saying those words they were told only men spoke.

Ways people will use this internet slang word.

Two friends talking about one friend hitting the other’s girlfriend. The guy gets upset and simply can’t take it any longer resulting in the ‘fu’.

Another example would be while using online forums and finding out stuff about your favourite series that spoil the ending and the person who told you knew what they were doing.

A pair of buddies standing on the basketball court in front of other friends and one buddy pulls the other one’s pants down.

Here is a time ‘fu’ may be used while speaking, Instead of cursing one may actually speak the abbreviation, especially in a situation of extreme embarrassment such as having your pants pulled down in front of people. 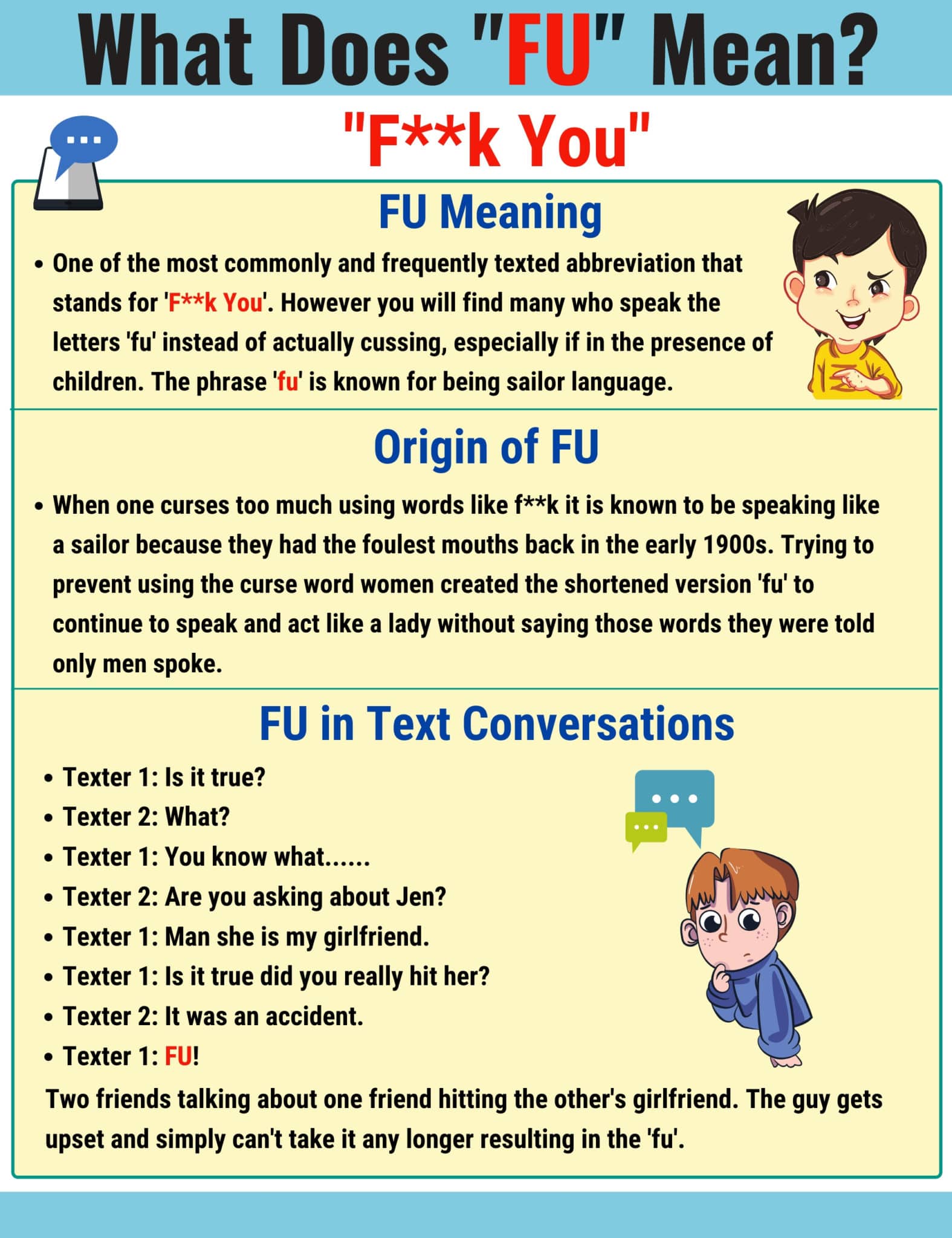 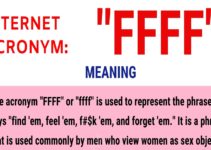