Home
Vocabulary
CGL Meaning: What Does CGL Stand For? (with Useful Examples)

The acronym “CGL” is used frequently in online chatting and text messaging. If you have encountered this acronym before and are wondering what it means and where it came from, then look no further. Here in this article, you will find the definition of this term and the origin of the term if there is information available. You will also find some possible other meanings and see the acronym used in example conversations so you can understand the term better and be able to use it effectively for yourself. In conclusion, you will also find some suggestions of alternative words or phrases that you can use in place of the acronym “CGL” to communicate the same meaning.

What Does CGL Mean?

The acronym “CGL” is most commonly used on the internet and in text messaging to represent the phrase “can’t get laid.” This phrase means that a man or a woman is unable to get or find someone to engage in sexual intercourse with them.

The phrase originated on June 24, 2004, on the show Late Night With Conan O’Brien. The phrase began in a skit done by the late-night talk show host about new internet lingo. In the skit, the acronym “CGL” was defined as the phrase mentioned above and the usage took off online from there.

The acronym “CGL” is used widely to represent company and business names, as well as some organizations. Some of these include “Computer Graphics Laboratory,” “Code Generation Language,” “Comprehensive General Liability,” and “Coding Guide Lines.” These are just a small handful of the available phrases or terms that the acronym “CGL” represents, but the only slang phrase that it represents is the one that has been previously stated.

Other Ways to Say “CGL”

There are many phrases that you can use to replace the usage of “CGL” in conversation to convey the same meaning. Some of these phrases include: 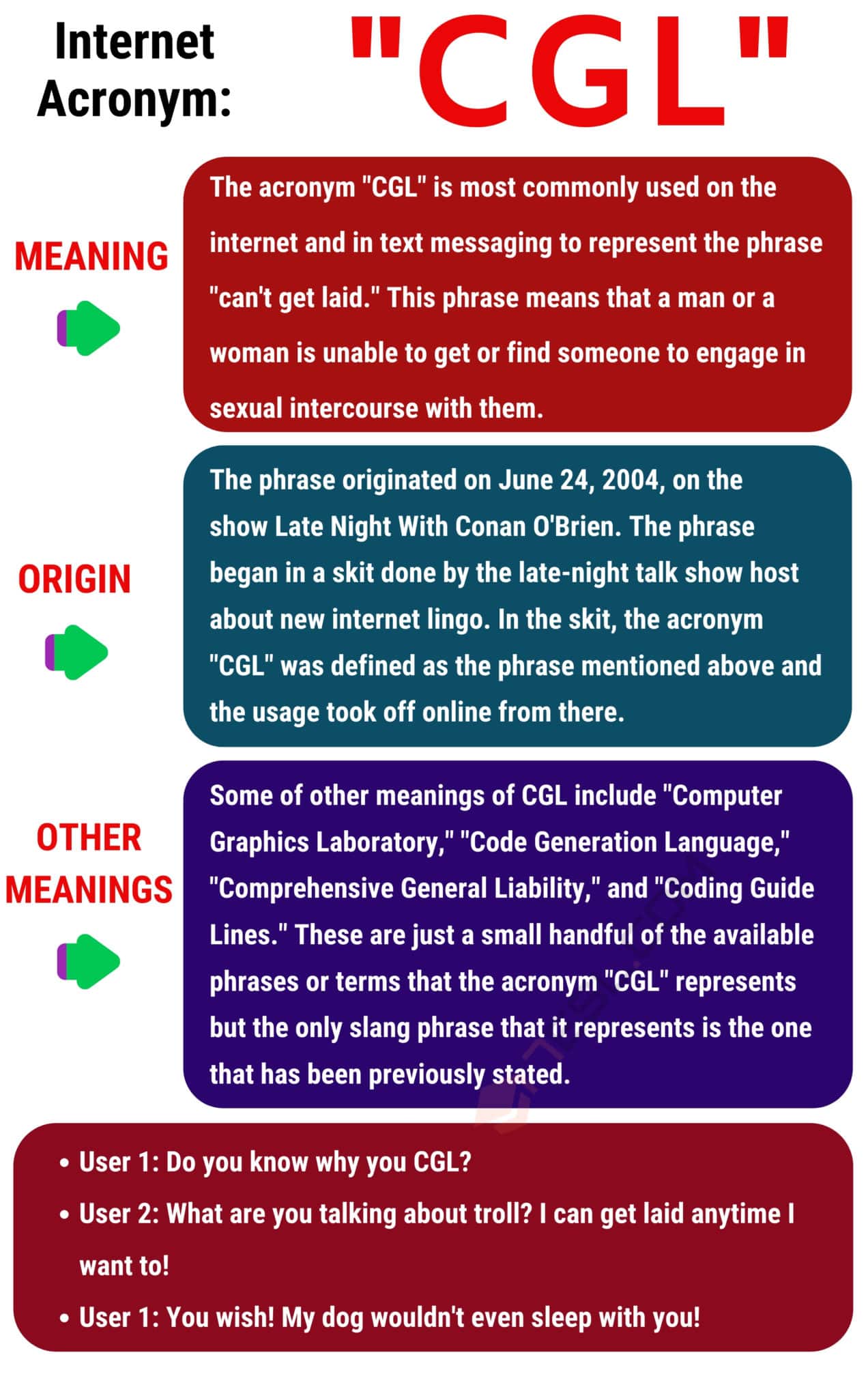 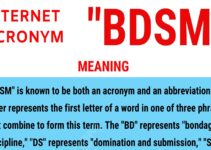 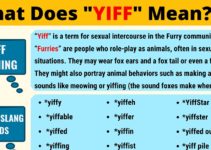 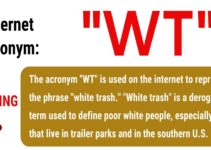