They used to rule Egypt and now they rule the internet. Everywhere you look online there are pictures of cats, of “cat shaming” and even of the “cat beard“. There is even an online cat-inspired language called “Lolspeak”. Linguists have actually spent years studying this!

Because cats are so popular, I have put together a list of some cat-themed idioms to help boost your English.

Let the cat out of the bag

Used as a verb phrase meaning to reveal information that was secret, to tell someone else’s secret

Example: I wasn’t going to tell my friends about my bad haircut yet, but my sister let the cat out of the bag and posted a picture of it on Facebook.

Usually used as a reply to someone. It means that asking questions or being curious about other people’s business may get you in trouble.

Example: “What do you think happens if I stick this fork in the electrical socket?” She asked dumbly. Her friend replied, “Don’t do that! Curiosity killed the cat, you know. Literally!”

Cat got your tongue

Used often as a question to ask someone why they are being unusually quiet and not speaking.

Example: Hey, I have asked you five times already! What’s the matter? Cat got your tongue?

Used as an expression to mean that it is hard to keep a group of people focused, on the task or physically together.

Example: Trying to make the kindergartners line up was like herding cats.

Used as a verb phrase to mean to take a small nap or sleep for a very short period of time, probably because cats are always sleeping.

Example: I was very tired and didn’t think I would go to the party, but then I took a quick cat nap and felt better.

(Be) raining cats and dogs

Used as a verb phrase to say raining really hard.

Example: Sandy didn’t want to go to the beach that day because it was raining cats and dogs.

(Note: When I was a teacher in Taiwan, I noticed this idiom was very popular among English language learners there. My students would use it all the time, even if it was only lightly raining outside. You should really only use this to talk about A LOT of rain.)

So there are your first cat idioms. Let’s make a new word: Kitty + idioms = kittioms!  If you have any questions, feel free to let me know! Or visit me at my site, www.laurasenglishclass.com. 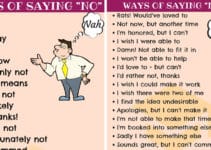